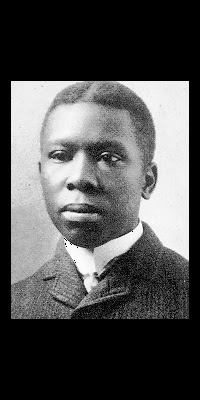 It's all a farce,—these tales they tell
About the breezes sighing,
And moans astir o'er field and dell,
Because the year is dying.

Such principles are most absurd,—
I care not who first taught 'em;
There's nothing known to beast or bird
To make a solemn autumn.

In solemn times, when grief holds sway
With countenance distressing,
You'll note the more of black and gray
Will then be used in dressing.

Now purple tints are all around;
The sky is blue and mellow;
And e'en the grasses turn the ground
From modest green to yellow.

The seed burs all with laughter crack
On featherweed and jimson;
And leaves that should be dressed in black
Are all decked out in crimson.

A butterfly goes winging by;
A singing bird comes after;
And Nature, all from earth to sky,
Is bubbling o'er with laughter.

The ripples wimple on the rills,
Like sparkling little lasses;
The sunlight runs along the hills,
And laughs among the grasses.

The earth is just so full of fun
It really can't contain it;
And streams of mirth so freely run
The heavens seem to rain it.

Don't talk to me of solemn days
In autumn's time of splendor,
Because the sun shows fewer rays,
And these grow slant and slender.

Why, it's the climax of the year,—
The highest time of living!—
Till naturally its bursting cheer
Just melts into thanksgiving.

Hap Notes: Paul Laurence Dunbar (1872-1906) was a whiz-kid at Central High School in Dayton, Ohio; editor of the school newspaper, president of the school's literary society, class poet. So, of course with a scholastic pedigree like this after high school he took a job as an elevator operator. Huh? Oh, yes, did I forget to mention he was black? Discrimination could not hold him down, though, and he wrote poetry in his idle hours in the elevator. What is most poignant to me about Dunbar's story is that he first of all, could not be held down and second, that one had to be as immensely talented as Dunbar was to be able to rise above the constrictions of a racist society. What chance would a moderately talented person have? One had to be a comet of brilliance like Dunbar to even get noticed.

You know how the lives of some people elicit chills from some sort of universal vortex of historical destiny? Dunbar's life is like that. He spans an era that was rich with invention and historical watermarks. He was the son of slaves who had escaped. His father fought in the Civil War. In 1890, Dunbar edited and wrote for The Tattler, Dayton's first weekly African-American newspaper which was printed by a small printing company owned by Dunbar's high school pals Wilber and Orville Wright. See what I mean? Strange destinies swirling around this poet's short life (he died of tuberculosis when he was only 33.)

Today's poem is from his first book of poems, Oak and Ivy, published in 1893 (when he was 21).
He was praised by James Whitcomb Riley, William Dean Howells, W.E.B. Du Bois, Fredrick Douglas and Booker T. Washington. He remained friends with the Wrights throughout his life.

Dunbar wrote in traditional English as well as dialect. A certain amount of controversy always pops up regarding the dialect. Some feel its use is condescending and/or obeisant while others see it as a natural vernacular well expressed. It's sort of like listening to rap music, especially that of the 90s. Is it an expression of the culture or is it something that holds its practitioners and fans back from true communication? Does it belittle or aggrandize the subject and the reader/listener? Dunno. I just know that Dunbar rises above it all and really longed to be accepted for his traditional English poetry when publishers often wanted the "African-American dialect" poems. Well, we won't solve this problem here. The dialect poems are moving and have flashes of brilliance. I tend to favor his traditional English poems, like today's.

Dunbar is right– autumn is a time of plenty and rich color. It has its grey days but even on the grimmest darkest day, that tree full of yellow or scarlet still blazes with color. The yellow grass, the electric blue sky, the rich rusts, oranges and browns of the leaves– none of this points to dull sadness but only to a change. The farther south one goes, the more one sees this, although Ohio is certainly not noted for its warmth weather-wise.

Dunbar published eleven volumes of poetry during his life. He also wrote fiction and plays. He was well-known in the early 20th century and was internationally famous.

Here's a bonus Dunbar poem. It has always been one of my favorites and has many depths to plumb.

We Wear the Mask

We wear the mask that grins and lies,
It hides our cheeks and shades our eyes,—
This debt we pay to human guile;
With torn and bleeding hearts we smile,
And mouth with myriad subtleties.

Why should the world be over-wise,
In counting all our tears and sighs?
Nay, let them only see us, while
We wear the mask.

We smile, but, O great Christ, our cries
To thee from tortured souls arise.
We sing, but oh the clay is vile
Beneath our feet, and long the mile;
But let the world dream otherwise,
We wear the mask!

Here's an interesting Dunbar quote: "I am tired, so tired of dialect. I send out graceful little poems, suited for any of the magazines, but they are returned to me by editors who say, ' Dunbar, but we do not care for the language compositions.'"

You can find more Dunbar here: poemhunter.com/paul-laurence-dunbar/poems/
Posted by Unknown at 12:37 PM