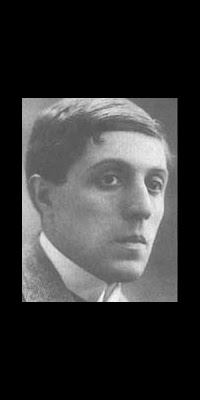 Like a small grey
coffee-pot,
sits the squirrel.
He is not

all he should be,
kills by dozens
trees, and eats
his red-brown cousins.

The keeper on the
other hand,
who shot him, is
a Christian, and

loves his enemies,
which shows
the squirrel was not
one of those.

The grey squirrel population in Great Britain has been a sore point for the last decade or so. They were introduced to England and Europe early in the 19th century (from America, I believe – remember how the Victorians loved their animal "oddities") and they have taken a foothold across the pond that has contributed to the dwindling numbers of England's native, and smaller (and very pretty), red squirrel. The grey is also responsible for a bit of tree damage and his right to proliferate is hotly debated in Britain.

The world is full of cautionary tales about introducing a non-native species to a foreign place. All Aussies can tell tales of the cane toad, imported from Hawaii to take care of a beetle problem in 1935. Everyone in the American South can tell tales of kudzu, a plant that was promoted for planting to prevent soil erosion in the 1940s. Farmers were actually paid by the acre to plant the stuff. Georgia is now covered with the stuff, which looks amazingly green but folks joke to "close your windows" if they don't want the stuff growing through their homes.

Humbert Wolfe was born in Italy. His parents moved to England when he was very young. He was schooled in England and converted to Christianity from Judaism, although his Jewish roots were always a part of his consciousness. He was a noted civil servant who worked for the Board of Trade and, later, the Board of Labour in England and was rewarded for these posts with royal orders both CBE and CB. (Always wanted to know what these mean? Go here: www.churchill-society-london.org.uk/HnrSystm.html )

Wolfe was a very popular poet in the 1920s. He wrote a couple dozen books the subjects of which include verses, criticism, librettos and translations of Heinrich Heine (German poet), Edmond Fleg (French poet) and Eugene Heltai (Hungarian author) Some of his verses have been set to music by Gustav Holst. Here's a small sampling of the music: www.classicsonline.com/catalogue/product.aspx?pid=4365 .

In today's poem we are faced with how we view ourselves as compared to animals and how many people view Christianity, as either hypocritical or defensively justified (or both.) It is the phrase "He is not all he should be" that merits some meditation. Is comparing him to a coffee pot (which is figuratively apt- see masthead pic today) making him a "thing" rather than a creature? How does that relate to the "Christian" point of view expressed in the poem.

You can find more Wolfe here: www.poemhunter.com/humbert-wolfe/
Posted by Unknown at 8:56 AM