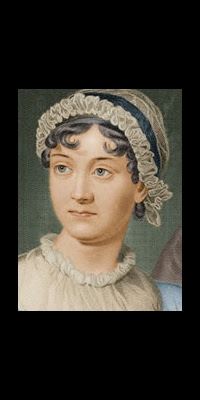 When Winchester races first took their beginning
It is said the good people forgot their old Saint
Not applying at all for the leave of Saint Swithin
And that William of Wykeham’s approval was faint.

The races however were fixed and determined
The company came and the Weather was charming
The Lords and the Ladies were satine’d and ermined
And nobody saw any future alarming.–

But when the old Saint was informed of these doings
He made but one Spring from his Shrine to the Roof
Of the Palace which now lies so sadly in ruins
And then he addressed them all standing aloof.

"Oh! subjects rebellious! Oh Venta depraved
When once we are buried you think we are gone
But behold me immortal! By vice you’re enslaved
You have sinned and must suffer, ten farther he said

These races and revels and dissolute measures
With which you’re debasing a neighboring Plain
Let them stand–You shall meet with your curse in your pleasures
Set off for your course, I’ll pursue with my rain.

Ye cannot but know my command o’er July
Henceforward I’ll triumph in shewing my powers
Shift your race as you will it shall never be dry
The curse upon Venta is July in showers–."

Hap Notes: Happy St. Swithin's Day! St. Swithin (or Swithun) was the Bishop of Winchester (he died in 862) who was noted for his work on the restoration of churches. He traveled on foot and when he gave banquets he invited the poor, not the rich. One of his miracles entails the reparation of a basket of broken eggs. He also planted a few apple trees. Before he died he asked that he be given an humble burial outside of the church where the rain would fall on him and on which parishioners would walk. On July 15, 972, his remains were dug up (I'm shortening the story a bit but the gist is correct, I think) and placed in an indoor shrine. It is said that this, obviously counter to Swithin's wishes, caused a torrential rain and bad weather.

That is the old wives tale, which comes with a rhyme:

If it rains on St. Swithin's Day, the rains will continue for 40 days. I don't believe there is evidence to support this but it's a nice day to have a feast and eat an apple (one of Swithin's signifiers). Some apple growers believed that the rain on St. Swithin's Day christened the apples and that no apples should be picked or eaten before July 15.

Now we get to the poem. Jane Austen ( 1775-1817) is writing of the horse racing taking place at Winchester, Swithin's home turf. Swithin arises from his monument to chide the crowd. Venta is the Roman/Latin word for Winchester (remember it's pronounced "wenta" in Latin). William of Wykeham was Bishop of Winchester in the 1300s. The ladies are dressed to the nines, as we say, and, of course, gambling was taking place. Swithin gives them all a little "what for."

Austen needs no introduction to contemporary readers as she is way more popular as a writer now than she was even in her own time. Popular she was, but anonymous, also. She wrote her classic novels anonymously because women...blah blah blah...you know. Austen is not just a beloved writer from her era but a shrewd social critic and observer of the human heart with a shrewd, wry, witty sense of humor. All of her books (Pride and Prejudice, Emma, Mansfield Park, Sense and Sensibility, Northanger Abbey, Persuasion) are loaded with charming insights and clever, real dialog. I find her a joy to read, speaking strictly for myself.

Austen lived with her family and never married (she was asked- said yes-changed her mind). Her books were successful and even Sir Walter Scott (writing anonymously) reviewed her book with high praise.

I am touched by the fact that Austen wrote this poem two days before her death. She had been ill for some time, was bedridden, and still her wit and sparkle and brilliance is intact as she lampoons the rich. She was still writing until the end.

It is of no little interest to me that Austen is so revered now. I believe she's a wonderful writer but what is it about her that is so inspirational to contemporary women? Is it, that, like Elizabeth Bennet in Pride and Prejudice, they are unwilling to "give in" to contemporary men while at the same time not wanting to particularly be Georges Sand? Is it the clothes, the manners, the life style? Not sure.

Of course you know that Austen-based movies and books on her and her writing abound. The movie "Clueless" is roughly based on Emma, there is the series "Lost In Austen" in which a contemporary woman magically trades places with the spunky aforementioned Elizabeth Bennet and many films have come out in recent years based on her books.

Here is where you can find more Austen: http://www.gutenberg.org/browse/authors/a#a68
Posted by Unknown at 10:02 AM