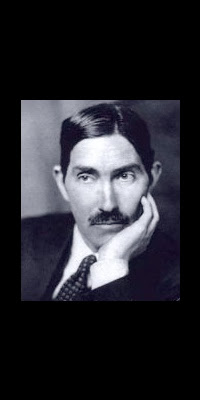 Overheard on a Saltmarsh

Nymph, nymph, what are your beads?

Then I will howl all night in the reeds,
Lie in the mud and howl for them.

They are better than stars or water,
Better than the voices of winds that sing,
Better than any man's fair daughter,
Your green glass beads on a silver ring.

Give me your beads, I want them.

I will howl in the deep lagoon
For your green glass beads, I love them so.
Give them me. Give them me.


Hap Notes: When I was about 8 or 9 years old I thought this was possibly the most brilliant poem of all time. The mysterious pauses and Tolkienesque dialog thrilled me. I can still feel it and so must many more because it is the subject of countless illustrations. The poem brings out the artist in us all as we paint a picture in our minds of the scene.

Harold Edward Munro (1879-1932) was a major force in British literature but not for his poetry. His Poetry Bookshop in London launched the careers of many poets. He published poetry from young poets and published the first collection (with Edwin Marsh) of the so-called Georgian poets (from King George V) in 1912.

Poets in the first Georgian collection included D.H. Lawrence, Rupert Brooke, G.K. Chesterton and John Masefield among others. Munro edited a 1933 collection of poetry just before he died, "Poets in the 20th Century" which contains a who's who of English poets and included many poets we have covered over the last few months, Ezra Pound, Gerard Manley Hopkins, Robert Graves, Rudyard Kipling and a score or two more.

Munro also founded a magazine, The Poetry Review, which published many poets of the era as well being influential to poets of the time. Wilfred Owen was not only published by Munro, but lived for a time over the bookshop. He published much of these works at his own expense and published several magazines devoted to poetry.

Born in Brussels to Scottish parents, Munro was an educated man suffering from the social mores of the time because he was gay, which was a crime in Great Britain. Monro said of his school years "I was too slow and dreamy and could stick at nothing." He married once, for love but it ended predictably unhappily and again, later in life to his assistant Alida Klementaski. His second marriage was one of a platonic nature. He struggled with alcoholism and eventually died from complications caused by it.

Harold Munro was actually in love with poetry and life only lets you get one really big true love and poetry was his. As a youth, he read Virgil and it stirred him up for life. He read frenetically and deeply after Virgil; Tennyson, Browning, Moliere, everything by Goethe and on and on. All his life he read poetry, wrote it, published many poets in pamphlets when he was younger and in books as he got older and was devoted to it. His own poetry was often dismissed and that's a shame because he wrote some excellent ones.

We will do more Munro this year, I do believe.

Here's a good Munro quote, it's from a poem but it's irresistable:

"I hate literary gossip and anecdote."

"By a stroke of good fortune I left school young, and then I suddenly became conscious of myself as a solitary and wayward person and in the seclusion of my bedroom, I wrote a dozen poems and the same number of short stories, all about an individual too obviously myself..."

"By the time I went to Cambridge poetry had become an obsession, but I kept this a close secret and not till my third year did I form a little group with three other undergraduates to discuss and criticize each other's verses."

You can find more Munro here: www.poemhunter.com/harold-monro/
Posted by Unknown at 10:30 AM