Number 230: Dorianne Laux "A Short History of the Apple" 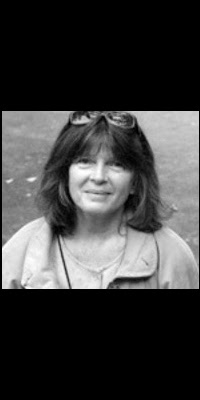 A Short History of the Apple

The crunch is the thing, a certain joy in crashing through living tissue, a memory of Neanderthal days. —Edward Bunyard, The Anatomy of Dessert, 1929

Hap Notes: Dorianne Laux (born 1952) is giving you an opportunity to expand your imagination as you eat or gaze at an apple in this poem. She gives us a plethora of images associated with the apple starting with Eve, even including Snow White.

It's always mind bending to think of the genealogy of the foods we eat, most particularly common foods like apples, onions (remember the Naomi Shalub Nye poem?: //happopoemouse.blogspot.com/2011/01/number-36-naomi-shihab-nye-traveling.html), beans, garlic, plums and the like. All of these foods connect us with the past– exotically, practically and imaginatively. Laux gives us a glimpse of this (you can probably think of some connections yourself) with John Chapman ("Johnny Appleseed") and Issac Newton and that semi-fictional tale of William Tell. Her poem is a meditation on the fruit (Winter Banana being a rare and interesting breed of apple) and the parade of mankind that marches within the apple's history.

Laux was born in Augusta, Maine. She worked her way towards college as she did stints as a cook, a gas station manager and a maid among other things, writing on her breaks at work. She took classes at junior college while being a single mother and after moving to Berkeley, CA she started classes with scholarships and grants after her daughter was age 9. Laux graduated from Mills College in 1988 (she was 36 and a single mom- just noting the difficulty and the inspiration here.)

Laux is the author of a half-dozen books, mostly poetry but also wrote and edited The Poet's Companion: A Guide to the Pleasures of Writing Poetry with Kim Addonizio (whom we have talked about before here: //happopoemouse.blogspot.com/2011/04/number-112-kim-addonizio-eating.html) Laux's work has won a Pushcart Prize, an Editor's Choice III Award, and a fellowship from the National Endowment for the Arts. She currently teaches at North Carolina State's MFA program. She is married to poet Joseph Millar.

You can hear her reading some of her poems here: /writing.upenn.edu/pennsound/x/Laux.php