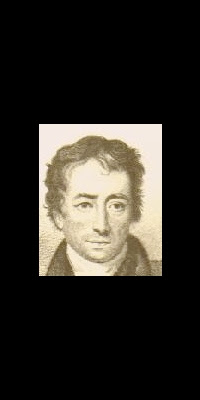 This Lime-Tree Bower My Prison

Addressed to Charles Lamb, Of the India House, London

Well, they are gone, and here must I remain,
This lime-tree bower my prison! I have lost
Beauties and feelings, such as would have been
Most sweet to my remembrance even when age
Had dimm'd mine eyes to blindness! They, meanwhile,
Friends, whom I never more may meet again,
On springy heath, along the hill-top edge,
Wander in gladness, and wind down, perchance,
To that still roaring dell, of which I told;
The roaring dell, o'erwooded, narrow, deep,
And only speckled by the mid-day sun;
Where its slim trunk the ash from rock to rock
Flings arching like a bridge; -- that branchless ash,
Unsunn'd and damp, whose few poor yellow leaves
Ne'er tremble in the gale, yet tremble still,
Fann'd by the water-fall! and there my friends
Behold the dark green file of long lank weeds,
That all at once (a most fantastic sight!)
Still nod and drip beneath the dripping edge
Of the blue clay-stone.

Now, my friends emerge
Beneath the wide wide Heaven -- and view again
The many-steepled tract magnificent
Of hilly fields and meadows, and the sea,
With some fair bark, perhaps, whose sails light up
The slip of smooth clear blue betwixt two Isles
Of purple shadow! Yes! they wander on
In gladness all; but thou, methinks, most glad,
My gentle-hearted Charles! for thou hast pined
And hunger'd after Nature, many a year,
In the great City pent, winning thy way
With sad yet patient soul, through evil and pain
And strange calamity! Ah! slowly sink
Behind the western ridge, thou glorious Sun!
Shine in the slant beams of the sinking orb,
Ye purple heath-flowers! richlier burn, ye clouds!
Live in the yellow light, ye distant groves!
And kindle, thou blue Ocean! So my friend
Struck with deep joy may stand, as I have stood,
Silent with swimming sense; yea, gazing round
On the wide landscape, gaze till all doth seem
Less gross than bodily; and of such hues
As veil the Almighty Spirit, when yet he makes
Spirits perceive his presence.

A delight
Comes sudden on my heart, and I am glad
As I myself were there! Nor in this bower,
This little lime-tree bower, have I not mark'd
Much that has sooth'd me. Pale beneath the blaze
Hung the transparent foliage; and I watch'd
Some broad and sunny leaf, and lov'd to see
The shadow of the leaf and stem above
Dappling its sunshine! And that walnut-tree
Was richly ting'd, and a deep radiance lay
Full on the ancient ivy, which usurps
Those fronting elms, and now, with blackest mass
Makes their dark branches gleam a lighter hue
Through the late twilight; and though now the bat
Wheels silent by, and not a swallow twitters,
Yet still the solitary humble-bee
Sings in the bean-flower! Henceforth I shall know
That Nature ne'er deserts the wise and pure;
No plot so narrow, be but Nature there,
No waste so vacant, but may well employ
Each faculty of sense, and keep the heart
Awake to Love and Beauty! and sometimes
'Tis well to be bereft of promis'd good,
That we may lift the soul, and contemplate
With lively joy the joys we cannot share.
My gentle-hearted Charles! when the last rook
Beat its straight path along the dusky air
Homewards, I blest it! deeming its black wing
(Now a dim speck, now vanishing in light)
Had cross'd the mighty Orb's dilated glory,
While thou stood'st gazing; or, when all was still,
Flew creaking o'er thy head, and had a charm
For thee, my gentle-hearted Charles, to whom
No sound is dissonant which tells of Life.

Hap Notes: Okay, moving and getting settled (and internet) took longer than I thought. Sorry for the big gap. It just means the blog will have to go until Dec. 18 in order to make it a full year. So I picked a whopper to make up for the missing days.

First of all, don't get daunted by the length of this poem. Read it casually, as if Coleridge is speaking to you. That's pretty much how he intended it to be read, with the natural cadences (iambic pentameter more or less) of speech in blank verse.

The title of the poem suggests Coleridge's theme right away. A lime tree (or Linden) is not really much of a prison, is it? While Coleridge laments his "solitary confinement" he also recognizes that this tree is a mighty pretty prison.

The poem starts off with Coleridge feeling a bit sad and abandoned because he cannot join his friends, William and Dorothy Wordsworth, Charles Lamb and Coleridge's wife Sarah Fricker who are taking a walk in the countryside. The walk, Coleridge knew, would be full of splendors and he describes the vistas and haunts beautifully as he is well acquainted with the route. Coleridge sits under a linden tree, writing this poem, thinking about his friends' enjoyment.

The reason Coleridge cannot go is because his wife accidentally spilled boiling hot milk on his foot. Seeing as how earlier in this particular summer she had suffered a miscarriage, the incident seems fraught with metaphor and perhaps maybe even an "accidentally on purpose" kind of thing (they did not get along well at all.) But, at any rate, Coleridge is hobbled and cannot go along.

He is most anxious for his old school-chum, essayist Charles Lamb, to have a lovely time since Lamb's life was more than a bit hobbled in a different way. A gifted student, Lamb had a speech impediment and boys of his social station could only continue in college if they wanted to pursue the ministry (which would have been impossible for him with the stutter he had.) Lamb and Coleridge, by the way, both went to (and met at) Christ's Hospital, the infamously brutal charity boarding school. Lamb had to leave school and he worked as a clerk for the East India Company. (He did this for 25 years while he wrote essays and poetry.)

But wait, there's more! Not only was Lamb hobbled by his not being able to go on in school and having to get a job but, he had family troubles as well. "Troubles" being a pale word for a sister with mental illness (with whom he was quite close) who one day flew off the handle and stabbed and killed their mother with a table knife. (Charles had a bit of trouble, too, with debilitating depressions). So Charles took care of his sister, sending her to mental hospitals when she was too difficult to deal with and taking care and responsibility for her when she was feeling better. It's said she was literate and charming company when she was not completely psycho-goofy. In fact, she and Charles wrote one of my favorite childhood books "Tales From Shakespeare" (Mary wrote summaries of the comedies, Charles did the tragedies.) Charles often wrote under the name "Elia."

So you can see why Coleridge wished for his pal Charles to have a peaceful, beautiful and charming walk to possibly give the fella a bit of comfort.

Now to the poem itself. The first section is Coleridge talking about his sorrow at not being able to go with his pals. He gets a bit dramatic "Friends, whom I nevermore may meet again"– sort of like a puppy who thinks when his owner leaves for work, he will never return. All of them are probably having dinner together that very night so it's just Coleridge's way of saying he feels really abandoned.

In the second section he describes the visual treats that Lamb and his friends will see. Lamb, shut up in a trading house dealing with business is in need of such a treat, Coleridge says, and he deserves a bit of a holiday from heartbreak and city bustling.

In the third section, Coleridge rejoices in his friend's pleasure, partakes in it vicariously and thinks that where ever one is sitting in the grandeur and beauty of nature, it is good. His "prison" is no such thing, but a temple to God and nature. The solitary bumblebee, like the poet, does his work and enjoys the splendors of nature –pleasures which never desert those who are blessed to see them.

The poet sees a black bird (a rook) winging its way home at twilight and blesses it for his friend who may also see it in his walk- a connection of nature between the friends.

You can cull a lot more from this poem about Coleridge's view of God and nature but I'll let you enjoy the walk for yourself.

Here is where we have talked about Coleridge before:

The masthead is Linden. The picture on this page is Coleridge's friend Charles Lamb.