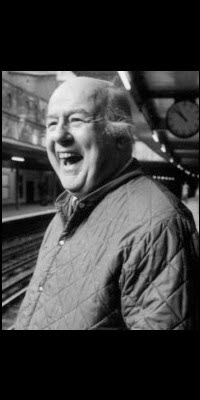 Diary of a Church Mouse

Here among long-discarded cassocks,
Damp stools, and half-split open hassocks,
Here where the vicar never looks
I nibble through old service books.
Lean and alone I spend my days
Behind this Church of England baize.
I share my dark forgotten room
With two oil-lamps and half a broom.
The cleaner never bothers me,
So here I eat my frugal tea.
My bread is sawdust mixed with straw;
My jam is polish for the floor.
Christmas and Easter may be feasts
For congregations and for priests,
And so may Whitsun. All the same,
They do not fill my meagre frame.
For me the only feast at all
Is Autumn's Harvest Festival,
When I can satisfy my want
With ears of corn around the font.
I climb the eagle's brazen head
To burrow through a loaf of bread.
I scramble up the pulpit stair
And gnaw the marrows hanging there.
It is enjoyable to taste
These items ere they go to waste,
But how annoying when one finds
That other mice with pagan minds
Come into church my food to share
Who have no proper business there.
Two field mice who have no desire
To be baptized, invade the choir.
A large and most unfriendly rat
Comes in to see what we are at.
He says he thinks there is no God
And yet he comes ... it's rather odd.
This year he stole a sheaf of wheat
(It screened our special preacher's seat),
And prosperous mice from fields away
Come in to hear our organ play,
And under cover of its notes
Ate through the altar's sheaf of oats.
A Low Church mouse, who thinks that I
Am too papistical, and High,
Yet somehow doesn't think it wrong
To munch through Harvest Evensong,
While I, who starve the whole year through,
Must share my food with rodents who
Except at this time of the year
Not once inside the church appear.
Within the human world I know
Such goings-on could not be so,
For human beings only do
What their religion tells them to.
They read the Bible every day
And always, night and morning, pray,
And just like me, the good church mouse,
Worship each week in God's own house,
But all the same it's strange to me
How very full the church can be
With people I don't see at all
Except at Harvest Festival.

Hap Notes: John Betjeman (1906-1984) is one of the most beloved poets of the last century in Great Britain. His fans included the "common" reader and critics alike. His admirers ranged from W.H. Auden to Philip Larkin. He was also a broadcaster, an architecture writer and critic and a highly lauded travel writer. He won many awards and was Poet Laureate of England from 1972 until his death.

Betjeman went to Magdalen College, Oxford and had C.S. Lewis as a tutor. They apparently were like oil and water. Betjeman being the more casual and fun fellow at school and Lewis, an Irishman with a hint of disdain for what he thought was Betjeman's cavalier attitude towards school. (I am all aflutter right now because Lewis' "lost" translations of the Aeneid have just (May 3) become available and I'm wanting it so fiercely but have to wait for a few weeks for a variety of reasons.) Lewis and Betjeman had a sort of life-long spitting contest from their encounters at school. Lewis thought he lied his way out of tutoring sessions (he did) and Betjeman thought Lewis was cold and demanding (ditto.) Think of Lewis as the guy who you would most like as a tutor and Betjeman as the guy you'd most like to hang with for fun. Tough mix, huh?

Betjeman's easy style and accessibility along with his sharp wit make his poetry fun to read and the words "poetry" and "fun" generally only meet in the vocabularies of nerdy geeks like me, so it's a huge thing for the general reader.

In today's poem, the church mouse makes a very sharp point about Christians without the poet beating us over the head with it. He makes us smile and then gives us a bit of rue at the end. It's a charmer.

Here's a good Betjeman quote: "Too many people in the modern world view poetry as a luxury, not a necessity like petrol. But to me it's the oil of life."

And now, because it's Saturday- some cartoons, typical of the morning and afternoon cartoons of my youth- they were old then, too.

Here's Bugs Bunny with a host of Hollywood types, including Bogart, Bacall and Carmen Miranda, just to name a few: www.youtube.com/watch?v=cxBZVulaxs8

And here's one where Bugs tells his life story. My brother and I used to sing that "we're the boys of the chorus" song all the time and drive our mom nuts. www.youtube.com/watch?v=6sepDQrD2E8&feature=related
Posted by Unknown at 9:40 AM